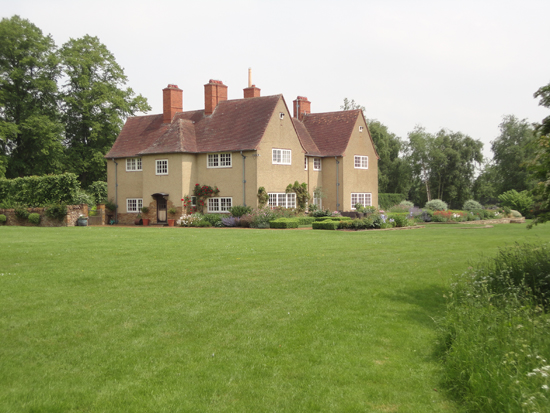 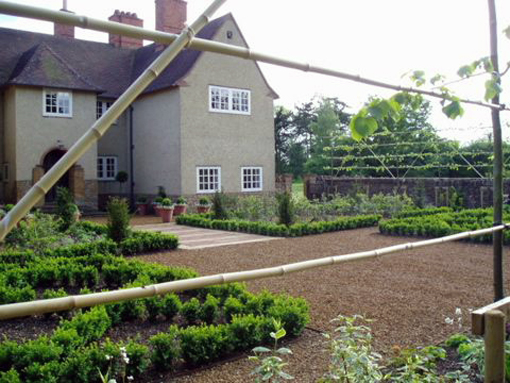 right
A garden in Northamptonshire: a house designed by Edwin Lutyens. During the war it had been requisitioned by the RAF and fallen on hard times but had recently been restored;  In 2008, I was asked together with Penny Smith to design gardens around it which, curiously, had either never existed before or had been lost. There were none of the original plans to guide us.  We turned the drive and parking area at the front into a courtyard (with some parking) and laid out relatively formal gardens around the house and filled them with exuberant planting. The more recent photos here were taken in June 2013